Introduced by the high school classmate of the developer, and the current vocalist of the same band, Michael!

If you become a supporter, you will receive early access

Become a sinProject supporter now! You can have early access to Txiicha and rewards, our latest news, other sinProject services, and the latest information of events. Also, your requests will take priority over others.

On June 13, 2016, Txiicha alpha version will be available for Android.
If you become a supporter of a tier that gives access to Txiicha, you can have your own personal experience with it.

*The developer of Txiicha is the same of that than tweecha.

You can check information of the campaign version at @iam_o_sin and at@tweecha_en.

The interface, based off of the official iPhone Twitter app is familiar and easy to use. Icons like tweet, re-tweet, and like all displayed, but on tap, they prompt a confirmation pop-up to prevent accidents.

You can view other tweets while submitting multiple images 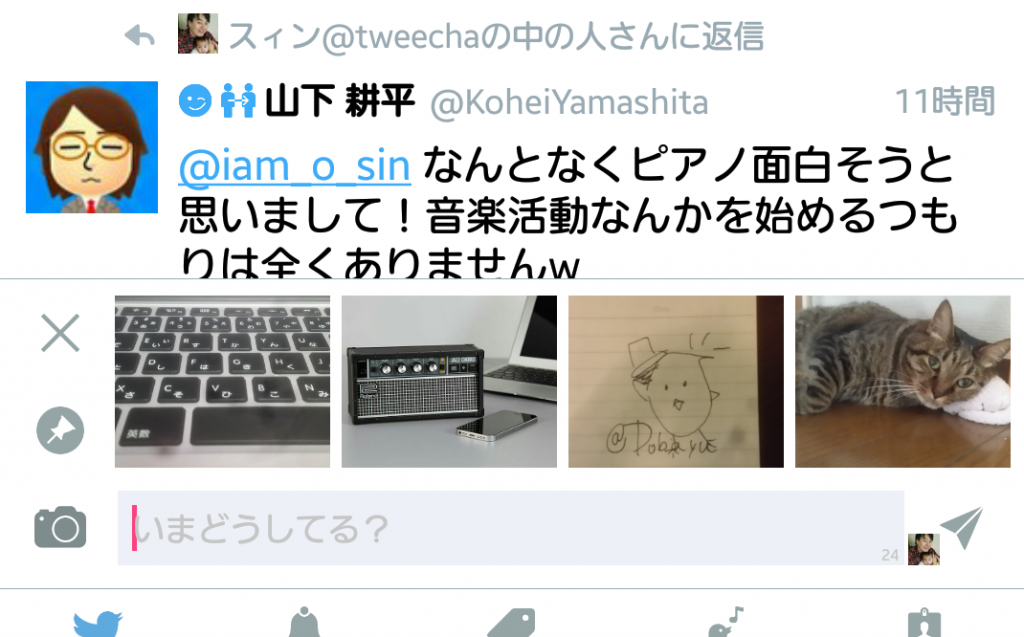 For the purpose of keeping the tweeting and timeline on the same screen, you can post while viewing other tweets and information. 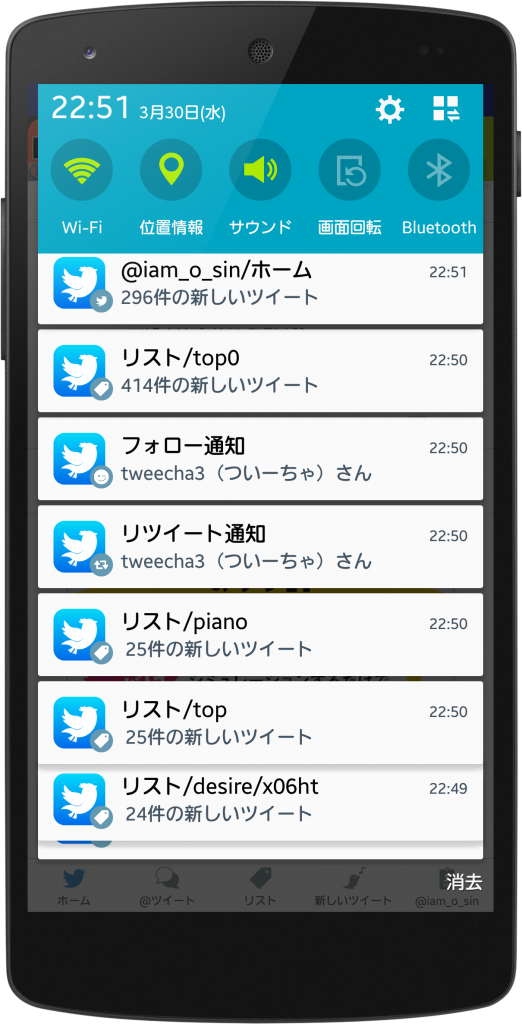 tweecha, like the official app, supports real-time notifications for things such as re-tweeting, liking, following, adding to lists, replies, and DMs, but Txiicha’s notifications also includes things like lists and search results, other people’s tweets, and per-screen adjustable periodic notifications.

There are many functions available by flicking the buttons on the bottom menu bar. Once flicked, a submenu will appear above.

Since your finger hides the point at which you touch on the menu, a pop-up will appear to show you which button your finger is pressing.

You can also customize the menus and arrange them freely to your liking.

Easily Viewable Following and Followers at a Glance 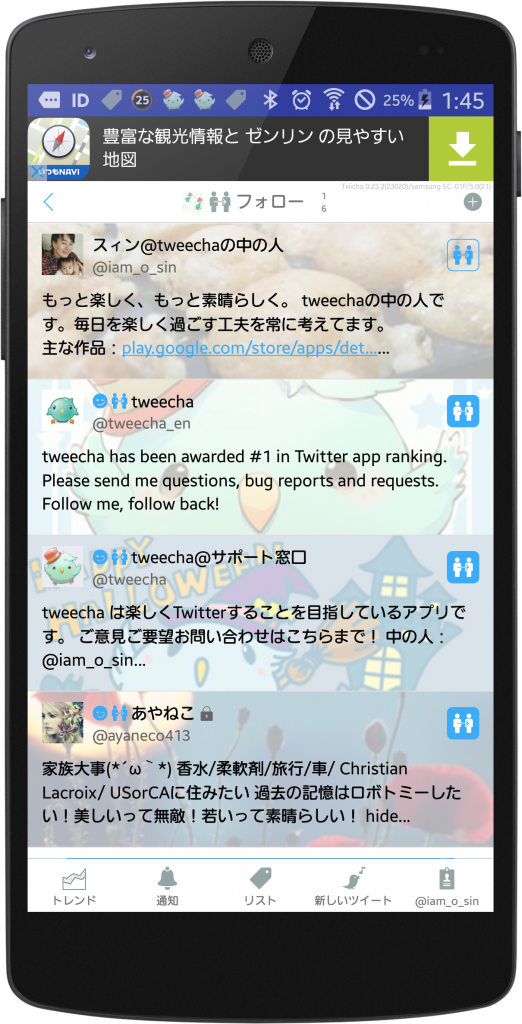 At a glance, you could see a user’s pictures and comments, making it easy to know what kind of person they are. And of course, you could follow, unfollow, and other in this menu.

In a second after opening, Txiicha’s interface will be displayed.

Txiicha will be updated with the same requests added in to Tweecha.

Please give us many requests! We will continue to implement those requests in updates.

Is the iPhone version also under development?

Yes, the iPhone version is also under development for release.

This website uses cookies to improve your experience while you navigate through the website. Out of these cookies, the cookies that are categorized as necessary are stored on your browser as they are essential for the working of basic functionalities of the website. We also use third-party cookies that help us analyze and understand how you use this website. These cookies will be stored in your browser only with your consent. You also have the option to opt-out of these cookies. But opting out of some of these cookies may have an effect on your browsing experience.
Necessary 常に有効
Necessary cookies are absolutely essential for the website to function properly. This category only includes cookies that ensures basic functionalities and security features of the website. These cookies do not store any personal information.
Non-necessary
Any cookies that may not be particularly necessary for the website to function and is used specifically to collect user personal data via analytics, ads, other embedded contents are termed as non-necessary cookies. It is mandatory to procure user consent prior to running these cookies on your website.
保存して同意